How Foundation Problems Can Cause Roof Damage?

How Foundation Problems Can Cause Roof Damage? 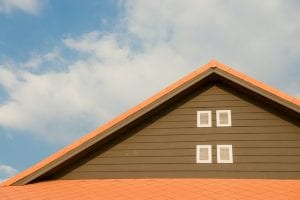 In case you’re wondering how a roof can be affected by the foundation; the reason is simple. When the foundation shifts, your roof could also get damaged. The foundation is an essential component of your home. It supports everything else – floors, windows, doorways, walls, roof – so when it’s damaged, a myriad of problems can manifest.

Roof problems, in particular, tend to go hand-in-hand with foundation problems. In other words, when the foundation is damaged, it’s likely your roof will get damaged as well (or at least be in the process of getting damaged). Roof damage caused by foundation problems is usually spotted along the ridgeline where you’re likely to see curving or bowing of some sections. Additionally, you may also notice a bulge or dip on the roofline. The experts from Granite Foundation Repair, a professional foundation repair company in Dallas, talked in depth about the topic in this article. Keep reading to find more. 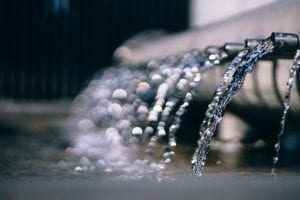 It is widely known poor drainage is a major cause of foundation damage especially in areas that have expansive clay soils. When clay soil expands which triggers foundation upheaving. When this happens, your foundation or concrete slab ends up moving upwards causing foundation cracks. The best way to avoid this problem is to ensure that your home has a good and effective drainage system. Ensure your downspouts and gutters do not discharge water near the foundation. Undercutting happens when the soil that supports your foundation is washed away by water. Common causes of undercutting including flooding, a broken water line under or near the foundation or a leaking or damaged sewer line.

Tree roots are a major contributor to foundation problems. To sustain growth, roots of trees have to acquire water and nutrients. Unfortunately, when roots are too near your house foundation, they will absorb moisture from the foundation causing the shrinking of soil which leads to a foundation drop. When the drop happens unevenly, the foundation is damaged and the resulting effect ultimately impacts the roof causing it to be saggy or wavy. 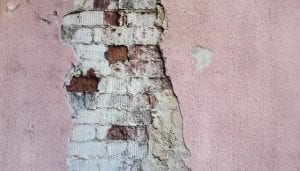 Shifting or movement of soil triggers foundation complications is manifested in the form of cracks. While some cracks shouldn’t be a cause of the alarm, others are serious and require immediate attention especially V-shaped cracks that tend to widen towards the bottom. When your house has wide cracks, the roof will begin to bow or sag as the distance caused by cracks in the walls increases.

A good foundation should be equally leveled. However, problems such as soil movement or shifting as well as poor construction can interfere with the level of the foundation. Foundation tilting is a normal occurrence but when the levels change, this is a problem that is likely to trigger other faults. When the foundation is uneven, the same effect applies to the floor and the walls. Since the entire house is
not on the same level, the roof’s level will also be affected. Floors that are uneven will cause doors to open and close by themselves or cause them to get stuck.

If a home is constructed on a soil type that shifts, settles or expands, there will definitely be some foundation problems that will need to be dealt with. While settling is normal for newer homes, it becomes a problem if it continues even after the first two years since construction was completed. Areas with expansive clay soils are at a higher risk of settling and heaving. During the dry season, the absence of water causes clay soil to shrink which leads to settling. On the other hand, the wet season causes the soil to expand as it retains too much water resulting in heaving upwards. When heaving and settling keep interchanging, the result is a damaged roof. 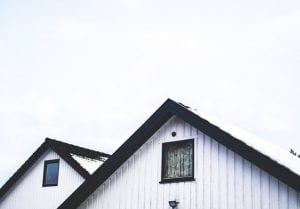 Aside from roof damage caused by foundation issues, there are other structural issues that can cause roof damage and they include poor workmanship, cracked or damaged trusses and rafters as well as a new roof constructed with heavier materials among others.

Even though the roof and the foundation are located in extreme opposite locations, they are strongly connected. Should your home foundation shift, there is a strong likelihood your roof will be adversely affected. Many people who have roof problems end up investigating other causes and completely forget about the foundation. If your roof has been sagging, bending, or having lumps but you haven’t managed to fix it after trying numerous fixes, chances are high you should call in a foundation expert to check whether your roof damage could be triggered by foundation faults. Remember, it is only through professional inspection that you will be able to best handle structural issues.